Willie Brown's SF Chronicle Column is a Must Read 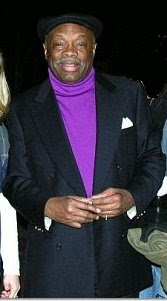 Former San Francisco Mayor Willie Brown, Jr. has been writing a column about politics in the San Francisco Chronicle for the past year or so.

It's called "Willie's World." And it's superlative.

If you want to learn how both to schmooze and to play hardball, Willie is your man. Consider this excerpt from a recent column, commenting on how, when he was Speaker of the California Assembly (the lower house of the state legislature), he leaned on recalcitrant colleagues to support him:

When I was speaker, I had staffers assigned to read the hometown papers of every member I was having trouble with.

I'd come up to them and start talking about what was going on with their local PTA head, their local mayors, their hospitals. They couldn't figure out if I was just really interested in them or collecting intelligence in order to run someone against them. Either way, they paid attention.

The deliberate ambiguity his message conveyed a veiled threat that any politico could appreciate -- Willie's knowledge, coupled with his authority in the state Democratic party, projected power without ever giving the poor legislator on the receiving end something to cry foul about. Talk about being feared but not hated....

The Chronicle keeps an archive of his columns; I highly recommend them.
Posted by Cyrus at 4:42 PM