Isaiah Berlin: The Question of Machiavelli 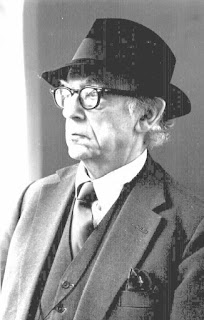 The nonpareil Isaiah Berlin wrote an incisive essay on Machiavelli in the November 4, 1971 issue of The New York Review of Books. It is excellent.

The following quote does not do justice to the full work or even the thesis, but it does provide a taste of both:

Machiavelli's cardinal achievement is his uncovering of an insoluble dilemma, the planting of a permanent question mark in the path of posterity. It stems from his de facto recognition that ends equally ultimate, equally sacred, may contradict each other, that entire systems of value may come into collision without possibility of rational arbitration, and that not merely in exceptional circumstances, as a result of abnormality or accident or error—the clash of Antigone and Creon or in the story of Tristan—but (this was surely new) as part of the normal human situation.

For those who look on such collisions as rare, exceptional, and disastrous, the choice to be made is necessarily an agonizing experience for which, as a rational being, one cannot prepare (since no rules apply). But for Machiavelli, at least in The Prince, The Discourses, Mandragola, there is no agony. One chooses as one chooses because one knows what one wants, and is ready to pay the price. One chooses classical civilization rather than the Theban desert, Rome and not Jerusalem, whatever the priests may say, because such is one's nature, and—he is no existentialist or romantic individualist avant la parole—because it is that of men in general, at all times, everywhere. If others prefer solitude or martyrdom, he shrugs his shoulders. Such men are not for him. He has nothing to say to them, nothing to argue with them about. All that matters to him and those who agree with him is that such men be not allowed to meddle with politics or education or any of the cardinal factors in human life; their outlook unfits them for such tasks.

I do not mean that Machiavelli explicitly asserts that there is a pluralism or even a dualism of values between which conscious choices must be made. But this follows from the contrasts he draws between the conduct he admires and that which he condemns. He seems to take for granted the obvious superiority of classical civic virtue and brushes aside Christian values, as well as conventional morality, with a disparaging or patronizing sentence or two, or smooth words about the misinterpretation of Christianity.[foonote omitted] This worries or infuriates those who disagree with him the more because it goes against their convictions without seeming to be aware of doing so—and recommends wicked courses as obviously the most sensible, something that only fools or visionaries will reject.

If what Machiavelli believed is true, this undermines one major assumption of Western thought: namely, that somewhere in the past or the future, in this world or the next, in the church or the laboratory, in the speculations of the metaphysician or the findings of the social scientist or in the uncorrupted heart of the simple good man, there is to be found the final solution of the question of how men should live. If this is false (and if more than one equally valid answer to the question can be returned, then it is false) the idea of the sole true, objective, universal human ideal crumbles. The very search for it becomes not merely utopian in practice, but conceptually incoherent.